"But I can’t remember Martha, it was just Topsy and me"

The Andaman Islands are one of those far-flung corners of empire that are little known about. Although located near Myanmar, the islands are part of India.  They were used by the British from the mid-19th century as a penal colony. The Islands are home to the Andamanese, a group of indigenous people that includes a number of tribes, including the Jarawa, Onge and Sentinelese.  Small in number, these tribes are today threatened with extinction.  George Wood served as Harbour Master from 1905 to 1912, and his daughter Marjory spent some of her childhood there.  Claire Wintle here reflects on the objects BECC holds from Marjory’s family. 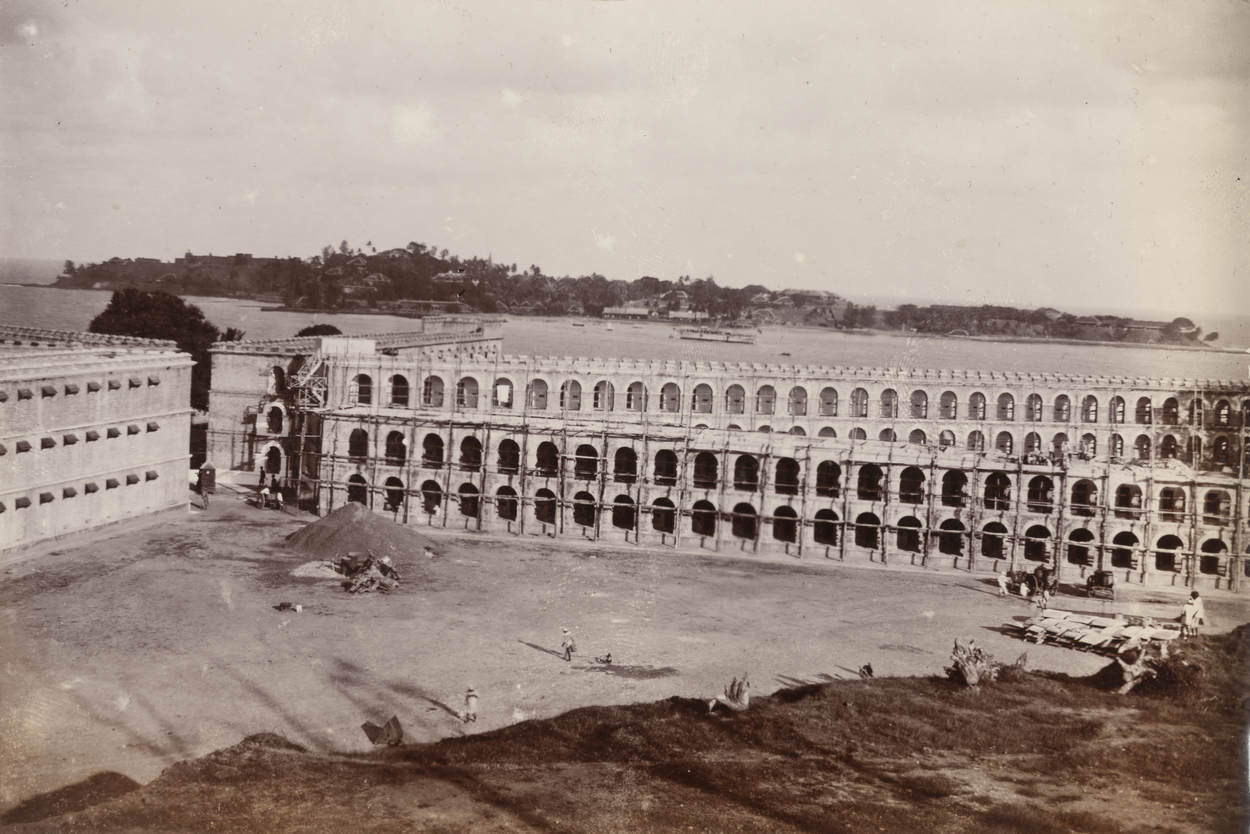 For me, this collection embodies the racism and violence of empire. In the photograph, the white child plays with her toys and colonial identity. Borrowing her father’s pith helmet, she perches on her miniature cane furniture, pretending to survey the Islands from a vantage point of control. However, for indigenous Andamanese people, this was not a game.

Marjory Wood imagines the Andamanese woman beside her – her ayah, ‘Topsy’ – as one of her toys. Topsy is reduced to a physical curiosity, her ‘woolly’ hair especially entertaining in its capacity for revealing hidden trinkets.

Initially, I was shocked. Images of Andamanese people in servitude are rare. Most colonial photographs purposely depict the Andamanese as untamed and savage. The audio was also arresting: I’ve often read these racist words in popular and scientific colonial writings, but never heard them spoken out loud before.

Upon reflection, that shock swiftly subsided: we know that the mistreatment of Andamanese women has a long history. They have been stolen from their communities, taught English, converted to Christianity and used as servants since British settlement in the Islands. The infantilising name ‘Topsy’ was commonly forced on captured Andamanese.

The collection, however, does hint at a history less commonly documented in the colonial archive. Topsy has a presence of her own, staring at the camera lens, reminding me of her humanity. And, while it is beyond the scope of Marjory’s memory, the clip also hints at her personal life, at her relationship with her own child, Martha. 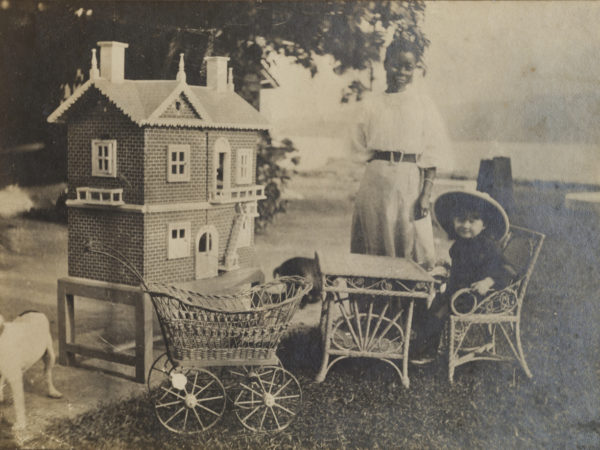 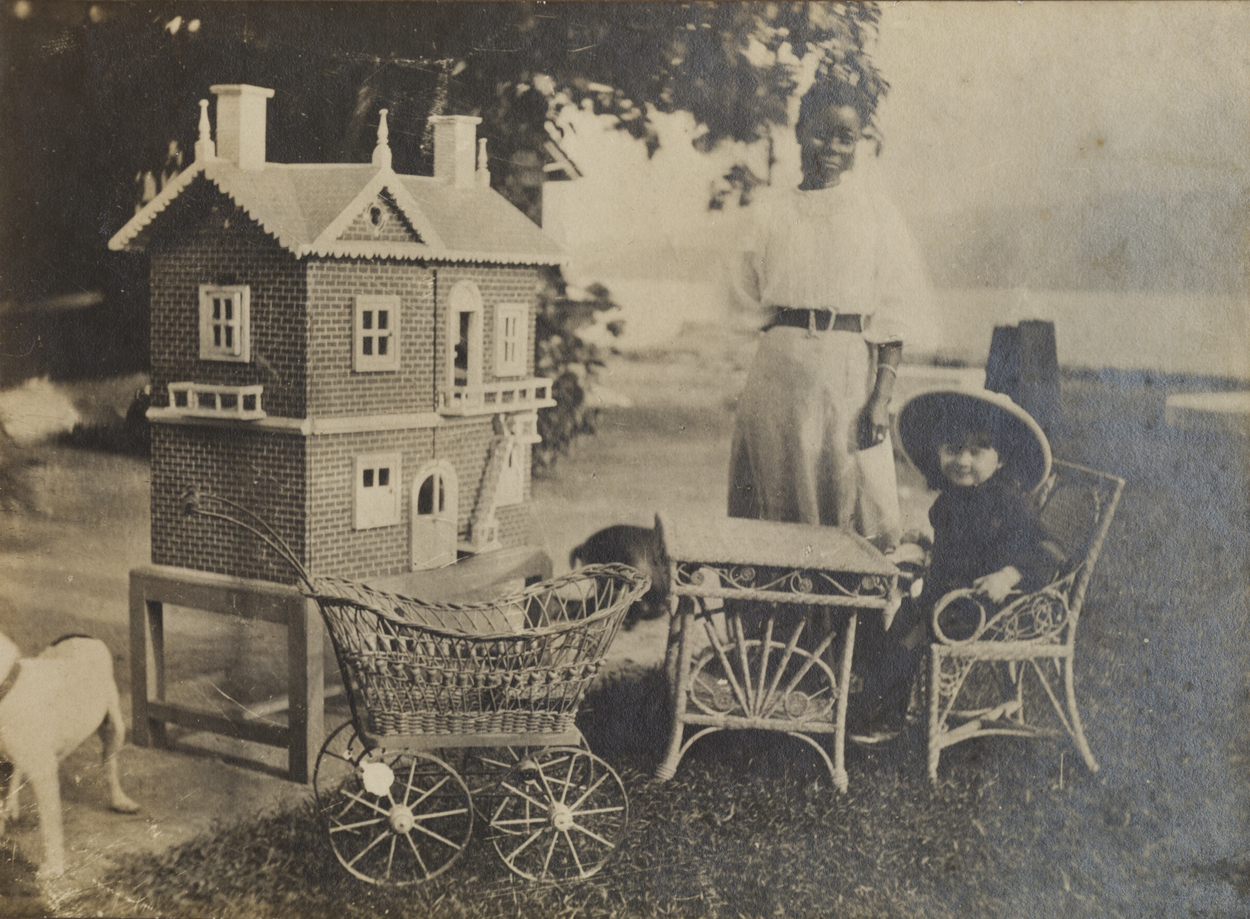 Marjory Wood aged 5 with her ayah (nanny), a woman known to Marjory as ‘Topsy’. 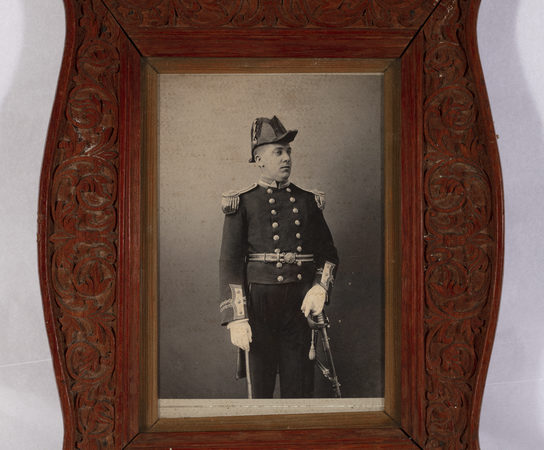 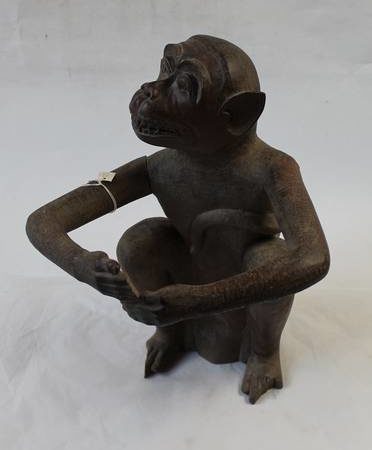 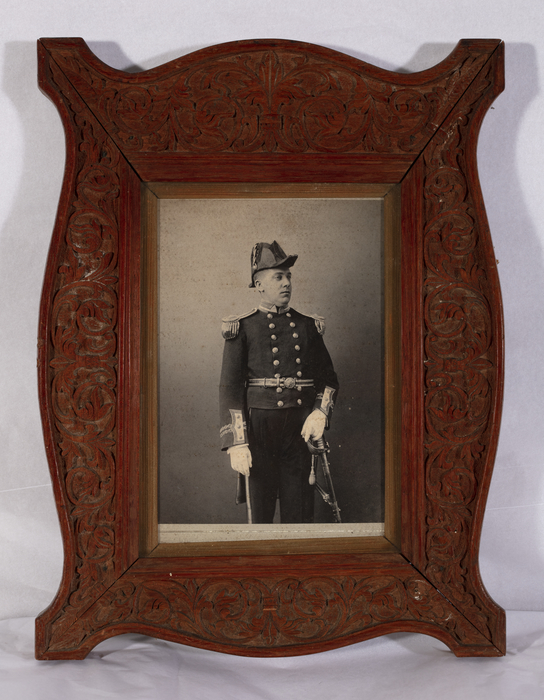 Carved wooden photo frame made by prisoners in the penal colony of Ross Island in the Andaman Islands. The photo is of Marjory Wood’s father, George Wood, who worked as Port Officer and Harbour Master between 1905 and 1912. 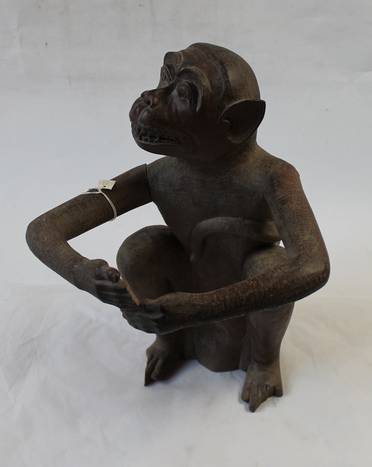 Dr Claire Wintle is an academic at the University of Brighton, UK. She teaches and researches the history of art and museums, and their relationship to empire. Since 2005 she has examined the history of British colonisation of the Andaman Islands through administrative records, popular magazines, newspapers, and museum collections of photographs and objects. She has curated exhibitions and written about Andaman Islands, including in her book, Colonial Collecting and Display: Encounters with Material Culture in the Andaman and Nicobar Islands (Berghahn Books, 2013).

END_OF_DOCUMENT_TOKEN_TO_BE_REPLACED 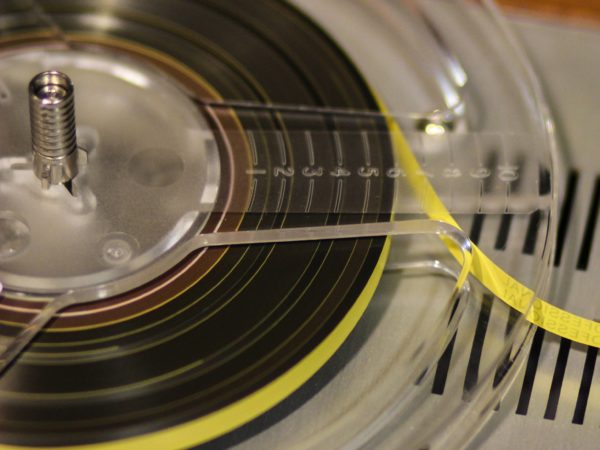