From October 2017 – October 2019 this very special loan from The Bowes Museum was on display in the European Old Masters gallery.

In this image the patron saint of artists, St. Luke, is carefully drawing the Virgin and Christ Child. The Madonna is seated against an honorary cloth, holding the Child on her lap and tenderly offering him an apple. Through a door on the right-hand side we get a glimpse into an artist’s studio and see a panel, onto which St. Luke will paint his final image.

This subject was popular amongst Netherlandish painters of the 15th century. The picture was made by an artist painting in the workshop of Dieric Bouts, one of the most important Flemish painters of this period. The figure of the saint may be based on the artist’s self-portrait or the portrait of the patron who commissioned the painting.

The large scale of the picture suggests that it may have been commissioned for a public setting such as a chapel belonging to a painter’s guild. 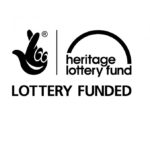 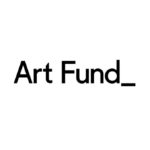 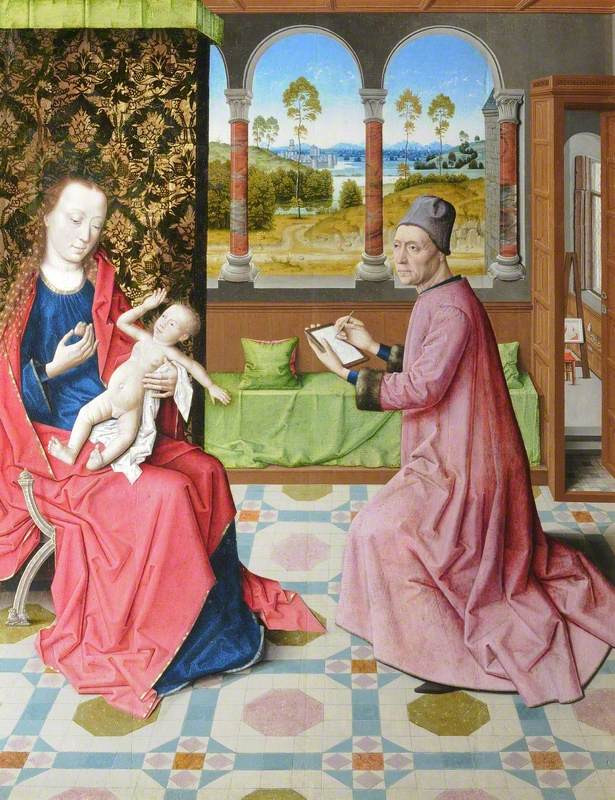 Research into the painting

Dieric Bouts was born in Haarlem in the northern Netherlands, where he probably trained as an artist. By 1457 he was settled in Leuven, not far from Brussels; he spent the rest of his artistic career here, becoming one of the most prominent artists of his age.

The name Bouts does not appear in Haarlem’s existing archival documents and some scholars have suggested that his name might have been altered, originating from a contraction of ‘Boutszoon’ (son of Bouts) or ‘Albout’, the name of a renowned family from the town in the first half of the fifteenth century.

Bouts established a large workshop in Leuven, becoming of_cial painter of the town in 1468. He married his first wife around 1447-8, Katharina van der Bruggen, alias Metten Ghelde (‘with money’), the daughter of a rich citizen of Leuven. The couple had four children, Dieric Bouts II (c. 1448-1491), Albrecht Bouts (C. 1450-1549), Katharina and Gertrud. His sons both trained as painters; Dieric II inherited his father’s workshop in 1475, while Albrecht established his own. Katharina died in 1472 and in the following year Bouts married the daughter of a former mayor of Leuven, Elizabeth Van Voshem, but they did not have children. Bouts died two years later in 1475 and was buried in the Franciscan church of Leuven.

Bouts’ two sons continued in their father’s footsteps as artists, the younger well into the sixteenth century. Several other artists were influenced by his work, such as Hans Memling (c.1430 – 1494) and Gerard David (c.1460 – 1523), as well as German, Spanish and French painters.

Bouts’ style and technique were already acknowledged by later chroniclers in Leuven, like Joannes Molanus (1533 – 1585), who observed that the painter ‘excelled as an innovator in depicting the countryside’. Bouts’ representation of landscape is, in fact, considered as the artist’s chief contribution to fifteenth century Netherlandish painting.

His works show different influences. He was chiefly inspired by the manner of Jan van Eyck (c. 1390 – 1441) and Rogier van der Weyden (c. 1399 – 1464). The latter might have been his master in Brussels for a short time. The brilliance of lighting, the realistic details, and the representation of wide background landscapes connected with the foreground by winding paths, originate from observation of Van Eyck’s works, while the architectural construction of interior spaces with arches derives clearly from Van der Weyden.

Nevertheless, Bouts’ paintings are not just imitative. They reveal instead the artist’s personal depiction of his models. His paintings are characterised by a great attention to detail and a striking decorative richness. The priestly poses of his figures are combined with an atmosphere imbued with informality, and the artist creates scenes imbued with calm and meditative feelings. The art historian Maurits Smeyers poignantly defined Bouts as, ‘the painter of the silence’.

Bouts was able to create an illusion of depth by positioning the figures towards the front of the painting and angling the floor upwards, thus giving the viewer a specific angle of vision. In his compositions, the landscape usually plays a crucial role. Inspired by Van Eyck, the painter

created deep, vivid vistas behind the main figures in the foreground. The underdrawings of his paintings are extremely detailed and controlled and he applied colours with elegant, meticulous strokes, giving depth and translucency to the surface and rendering the richness of the different textures.

ArtBox is designed for people living with dementia who are spending time in a care home or hospital.

Created by a team from Bristol Museum & Art Gallery, it’s part of a project focused on the loan of St Luke Drawing the Virgin and Child by Dieric Bouts using a story/memory box and handling collections.

It is meant to be playful and to bring out your creative side and is designed for all ages.

Here you can listen to the Spotify playlist of music, designed to be experienced with Artbox. Get in touch if you have any questions about ArtBox. 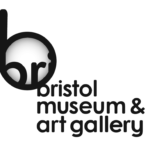