You can find out more about all of the images in the gallery in our collections online. 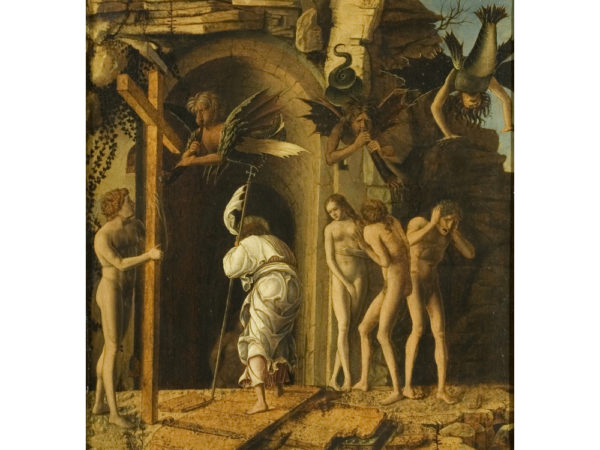 The Descent of Christ into Limbo 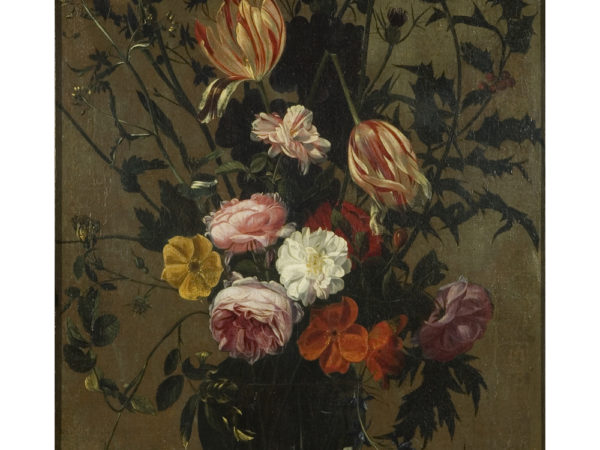 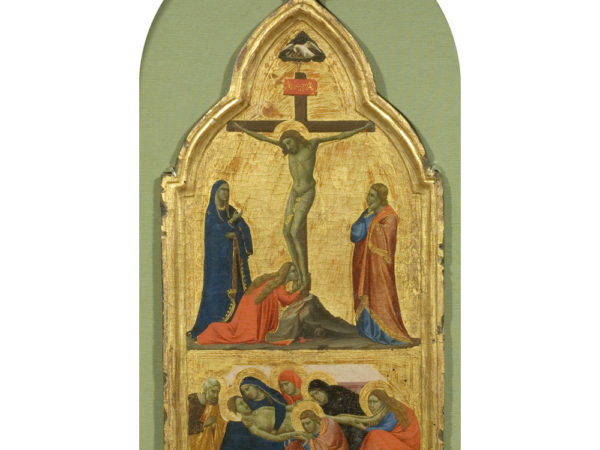 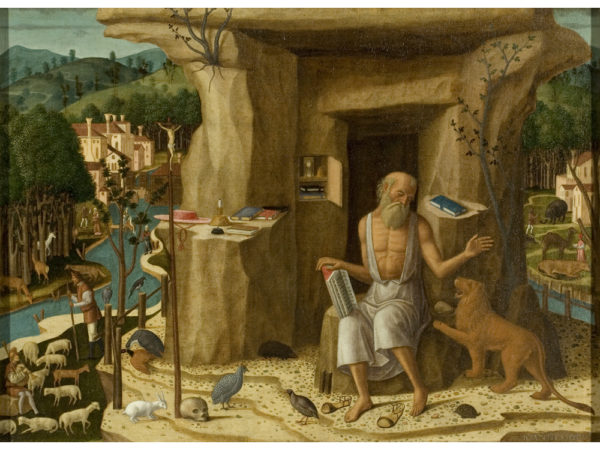 Saint Jerome in a Landscape 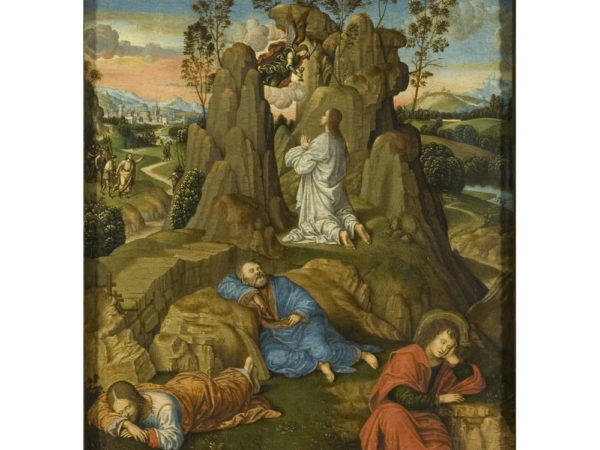 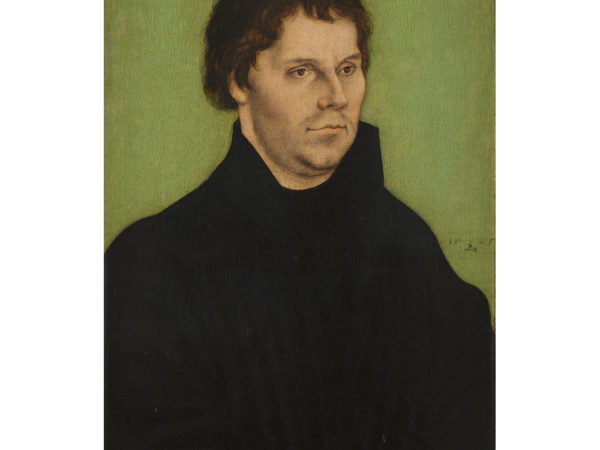 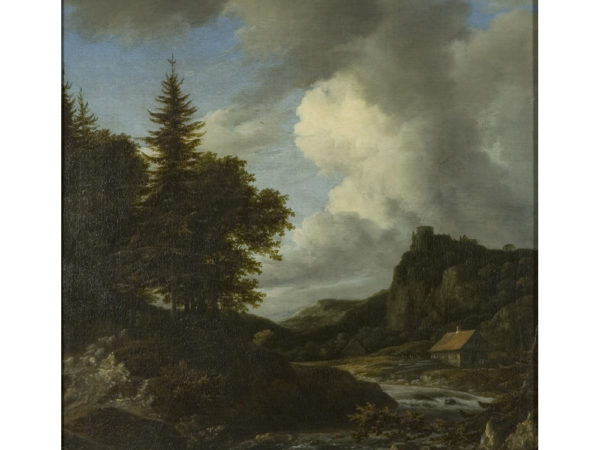 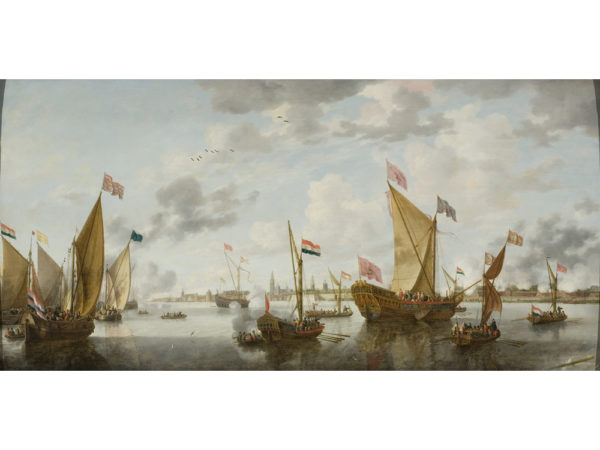 Shipping on the Schelde off Antwerp 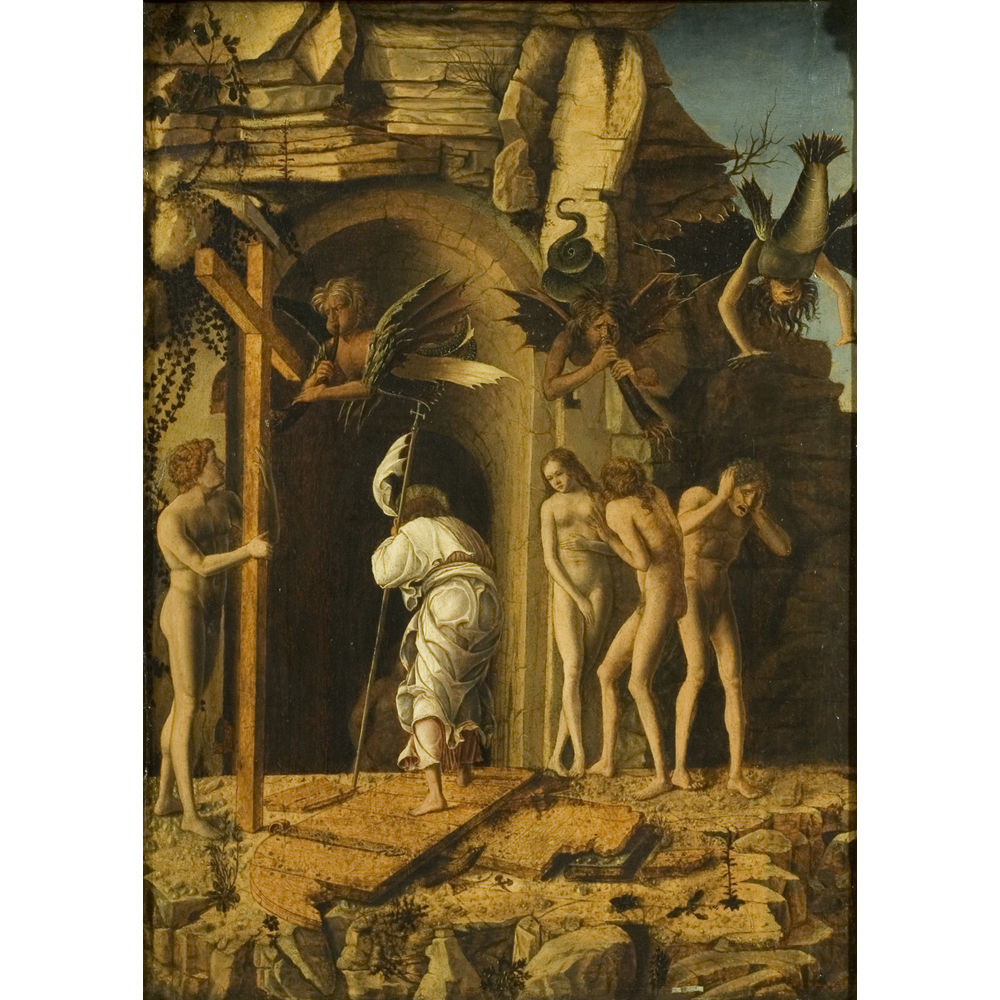 The Descent of Christ into Limbo

Today religious paintings seem quite removed from the daily experience of many of our visitors, but this painting captures a complex religious concept in an engaging way: According to the 13th century Golden Legend, Christ, depicted here in a radiant white mantle, descended into Limbo after his crucifixion.

In Christian theology, Limbo refers the edge of Hell, a state of the afterlife for those souls that have not yet been assigned to damnation or Heaven. Reassuringly to the 15th century viewer, Christ has trampled down the gates of hell set in this rocky landscape. Adam and Eve as well as the Good Thief have already been liberated. Another man cringes at the cacophony made by the trumpeting demons, the defeated forces of Satan. 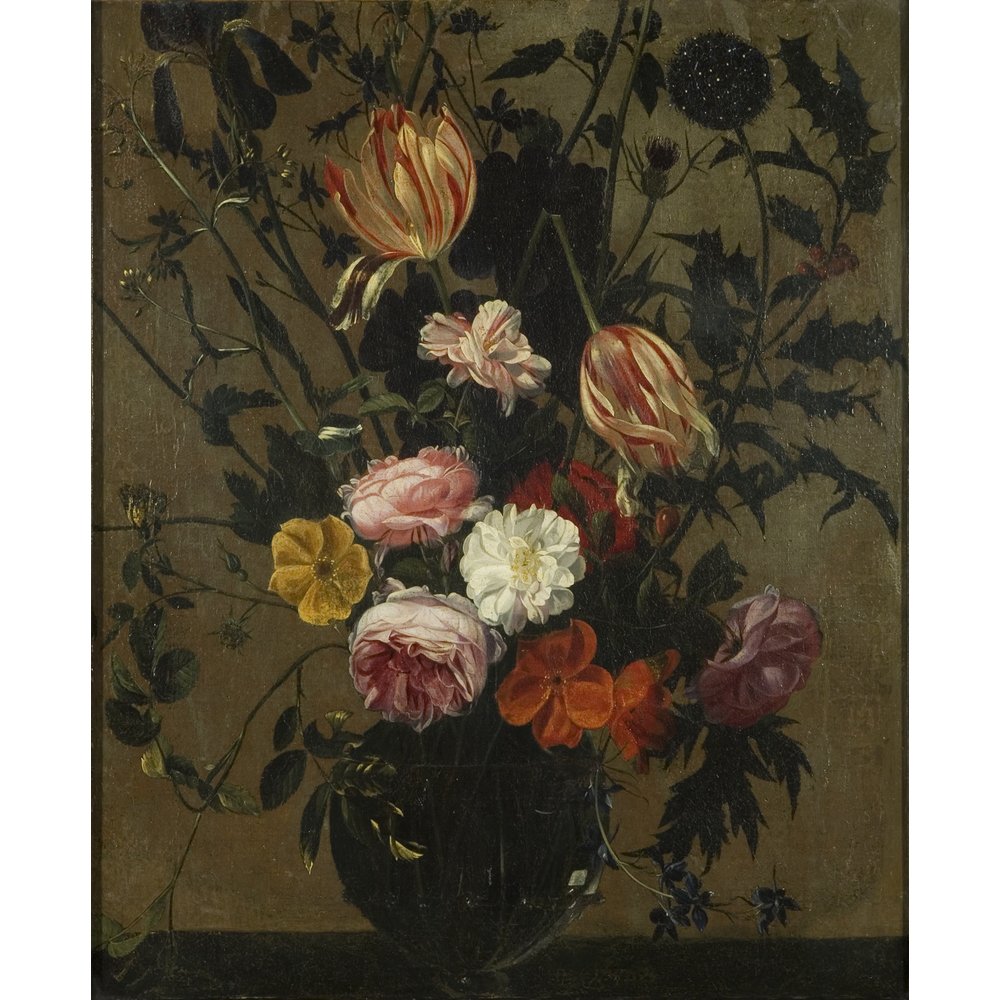 This still-life of flowers is a good example for the fact that many pictures are not simply painted to document what we see before us: The flowers in this painting would not have bloomed at the same time, but Dutch and Flemish artists often combined plants from several seasons.

The vase is filled with irises, tulips, roses and holly with berries. During the 17th century tulips, which were first introduced into Europe from Turkey, were particularly popular and valuable. This tulip’s prominent broken stem reminds us of the fleeting beauty of flowers and encourages us to reflect on the transience of life itself. The tulip was also associated with vanity and arrogance. 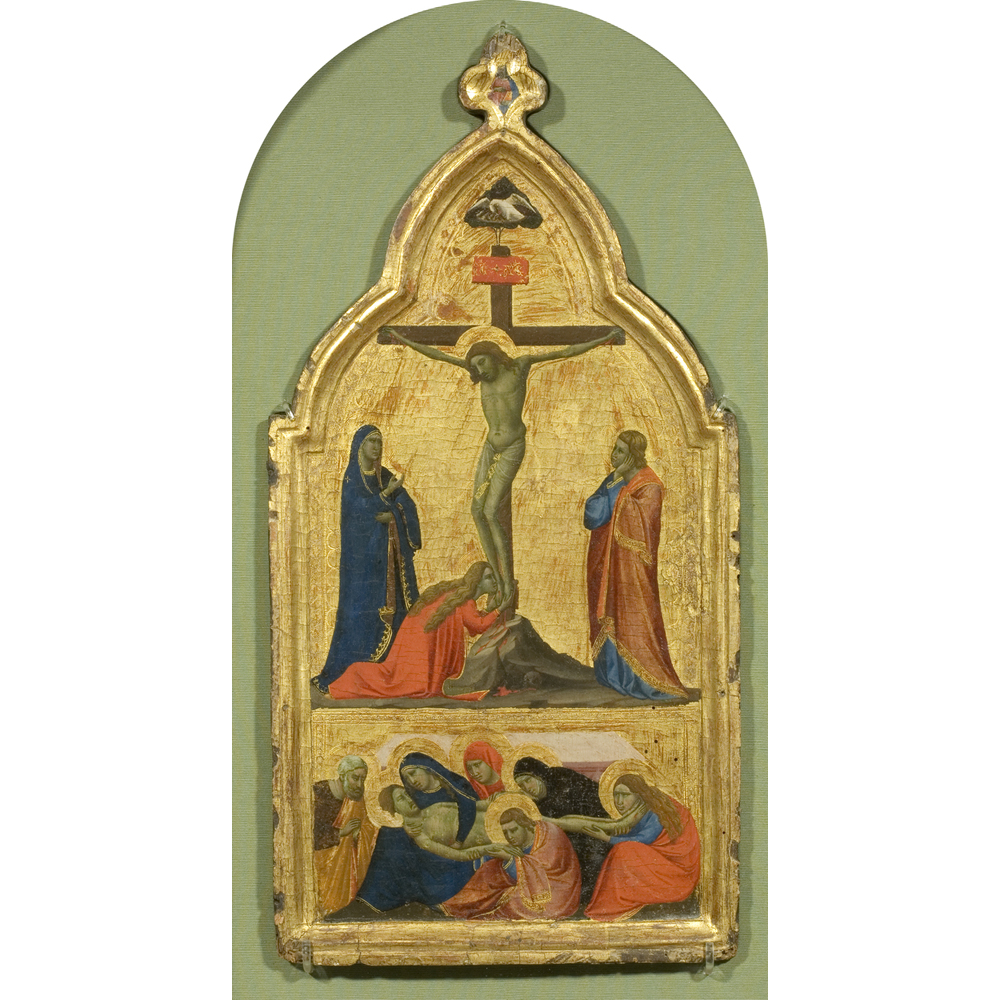 This small panel was probably made for private devotion. In the upper portion appears the Crucifixion, with the Virgin, St John the Evangelist and Mary Magdalene. Over the crucifix is set a pelican, symbolic of Christ’s sacrifice (as the pelican was supposed to draw blood from her chest to feed her young). In the lower portion is a lamentation over the body of the dead Christ.

The strong colours are deliberately limited in their range and the gold background is used to enhance the expressive outline of the figures. There is a striking naturalism and touching humanity in the way that Mary embraces her dead son and St John, in the foreground, adoringly raises his arms. Taddeo Gaddi was a pupil and collaborator of Giotto and one of the most influential painters of fourteenth-century Florence. 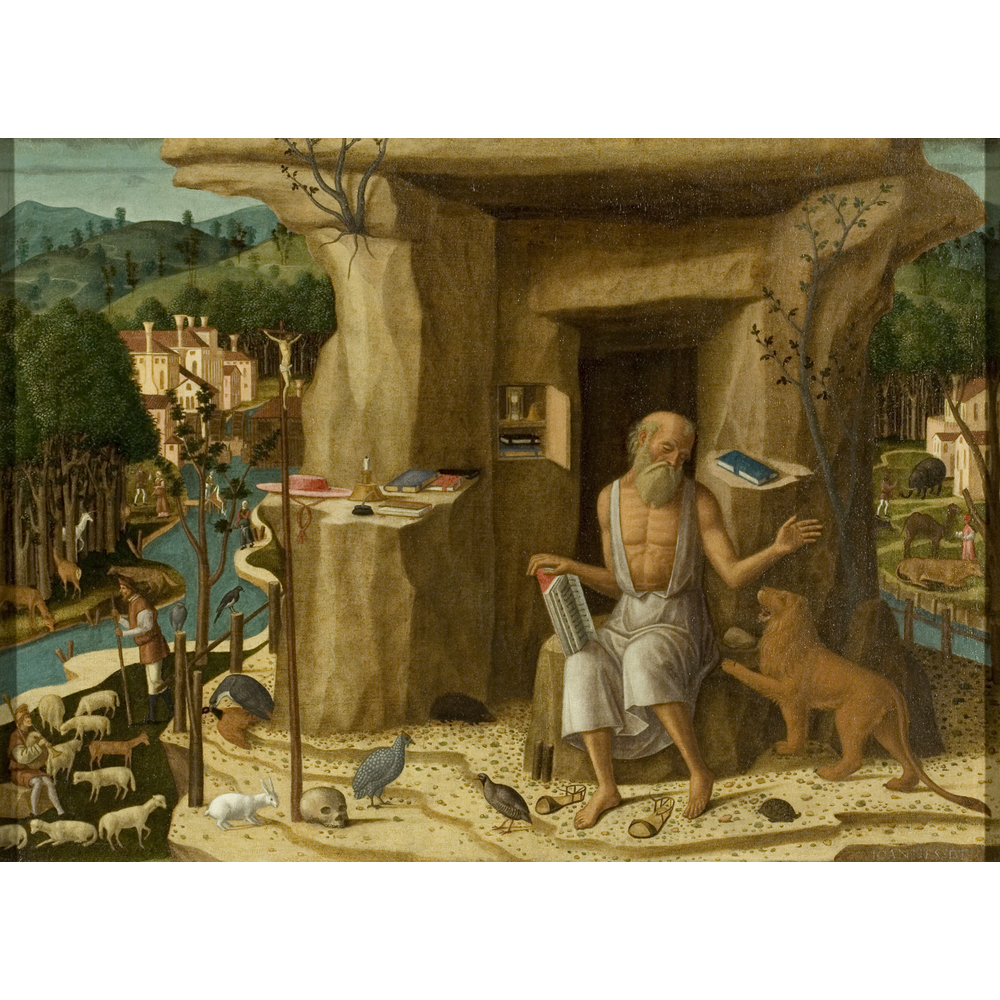 Saint Jerome in a Landscape

According to Christian legend, when he was in the wilderness Saint Jerome removed a thorn from a lion’s paw. For this kindness, the lion became his faithful companion. Saint Jerome’s compassion towards the creature was interpreted as an act of Christian charity.

The detailed landscape and buildings in the background of this painting recall the countryside near Venice, where the artist Giovanni Mansueti was active.  Although the wildlife is exotic, including – apart from the lion – an elephant and a camel, the words “charming” or even “cute” come to mind more quickly than “fierce”. 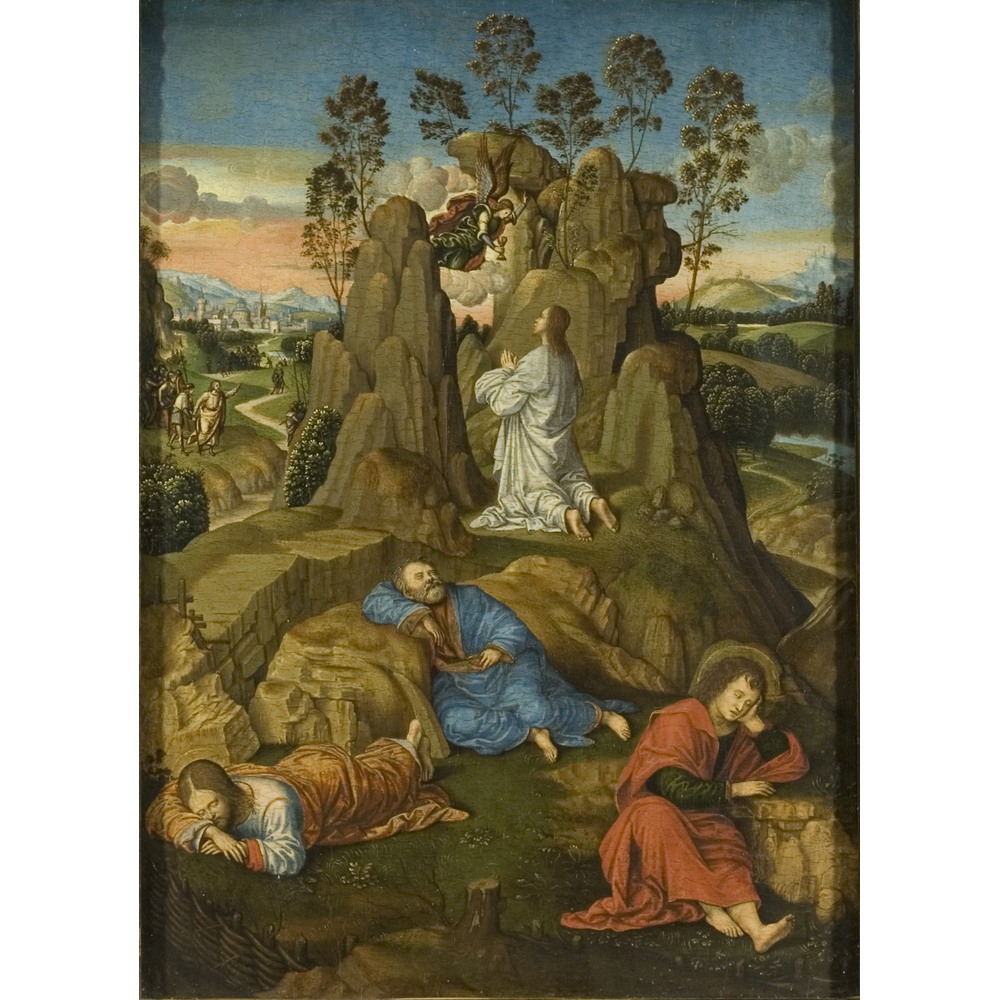 This delicate panel painting deserves a close look – it depicts the biblical account of Christ praying in the Garden of Gethsemane on the night before his crucifixion, while his disciples sleep. On the winding road which leads to the distant city of Jerusalem, a group of soldiers, led by Judas, are coming to arrest Christ.

The intense colour, small scale and attention to detail are reminiscent of book illuminations. 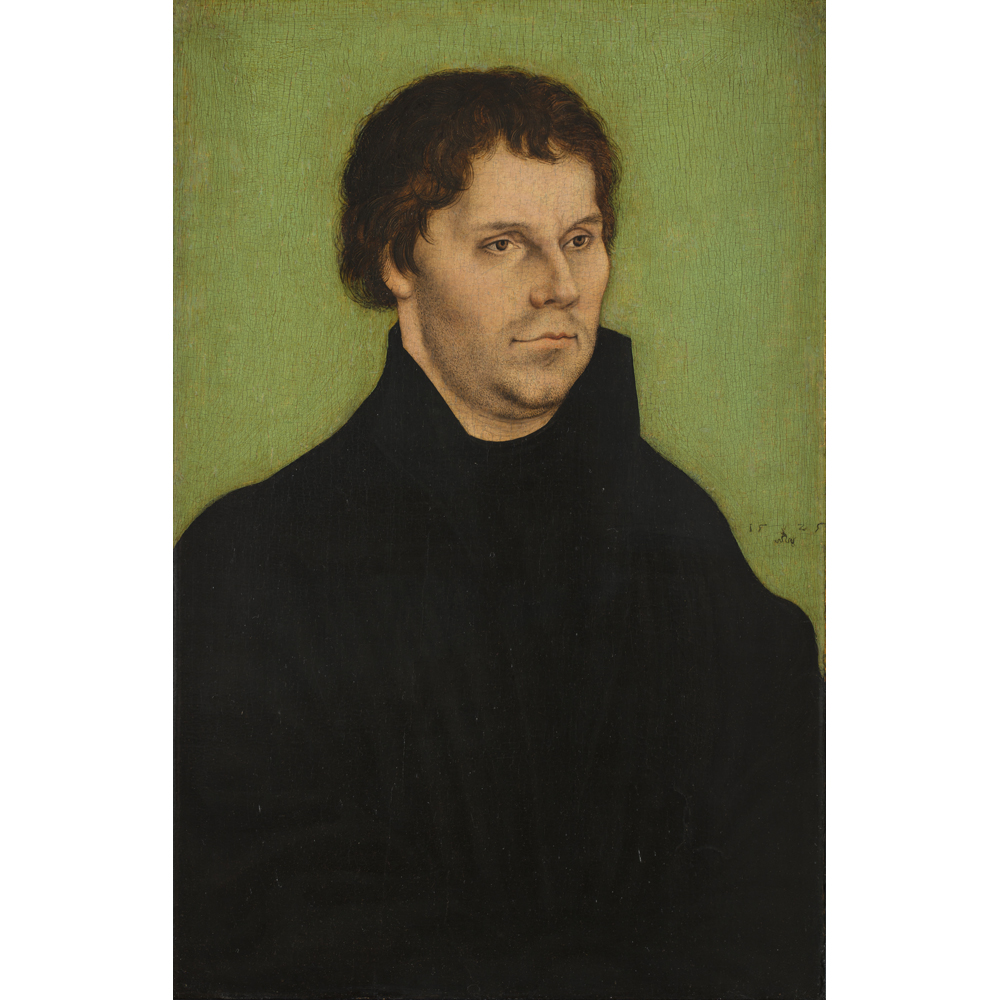 This is the only portrait of Martin Luther by Lucas Cranach in a public collection in the UK – so taking responsibility for its care and interpretation is definitely a perk for me.

Cranach painted this closely observed, “iconic” portrait in 1525, the year of Luther’s marriage to Katharina von Bora. Luther’s expression is restrained and calm, lending the sitter gravitas and legitimizing his position as a leader of the European Reformation.

2017 marks the 500th anniversary of the publication of Luther’s 95 theses, which fundamentally challenged the Catholic Church. The rebellious act started the Reformation in Germany. 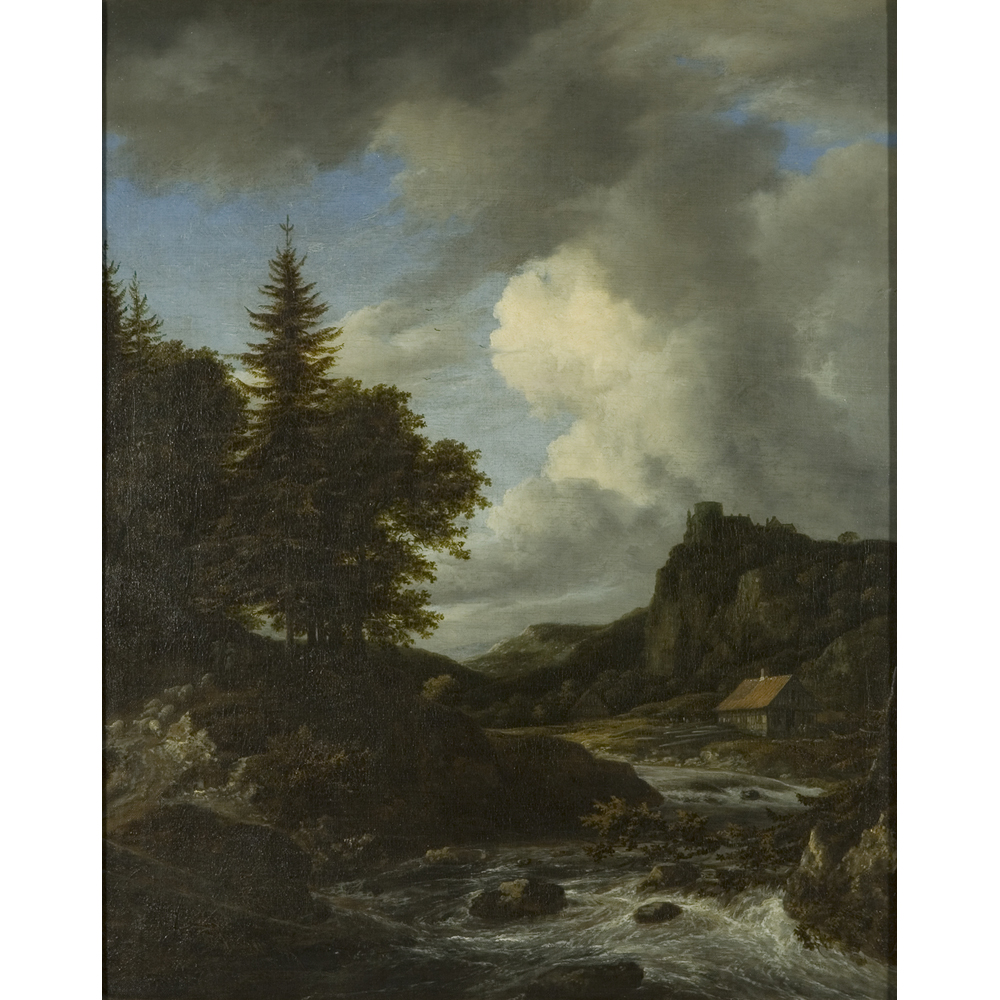 Jacob van Ruisdael is one of the most influential Dutch landscape artists of the 17th century. Painters, collectors and art theorists in the 18th and 19th centuries greatly admired the sublime and poetic quality of his depiction of nature.

In this upright format the rich, dark and dense greens and browns of the majestic trees and mountainous landscape are set against the towering and luminous clouds whose greys are reflected and repeated in the ever falling water. 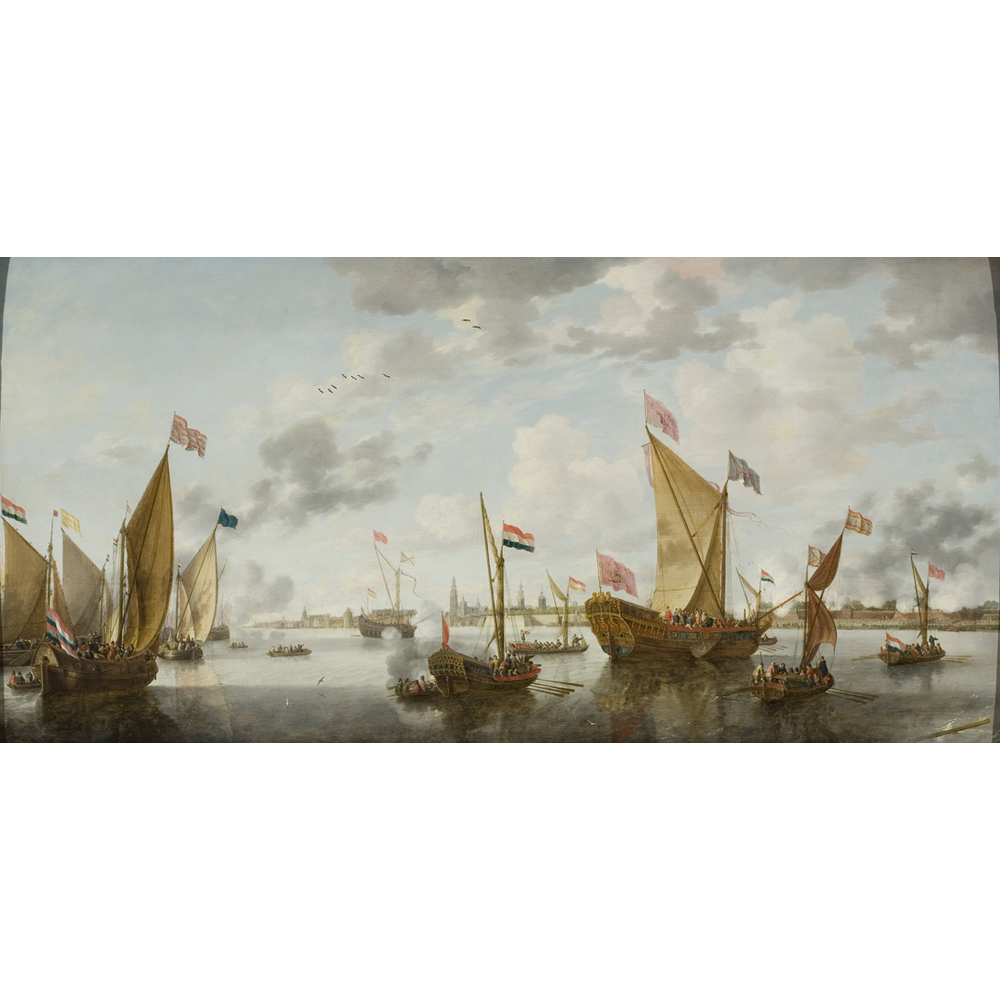 Shipping on the Schelde off Antwerp

This painting shows the joyous celebrations in Antwerp at the end of the Thirty Years’ War in 1648. This conflict, which cost millions of lives and devastated entire regions, is until this day the worst religious war in Europe. The painter Bonaventura Peeters could therefore not overstate the happy nature of the event.

Cannons are being fired from land and water, crowds are on the shore, and a flotilla of ships brimming with passengers sails towards the city. The largest vessel is the State Yacht and the figure in red on its deck is the Archduke Leopold Wilhelm, Governor of the Spanish Netherlands. Next to him, in black, is Don Gaspar de Bracamonte y Guzmán, a Spanish diplomat.

You’ll find it on the second floor of Bristol Museum & Art Gallery.