The influence of Rodin

As I see sculpture it must not be rigid. It must quiver with life…carving often leads to a neglect of the rhythm and flow of life’  Jacob Epstein

Jacob Epstein was originally from New York but came to Britain (via France) and settled here. He was met by the young Frenchman Henri Gaudier-Brzeska. Inspired by Rodin they set about injecting a new energy into the language of sculpture. Or perhaps that language was not so new. Both had a passion for world art. Epstein became a voracious collector of sculpture from Africa, the Middle East and the Pacific.

Each artist adopted what they saw as the directness of these cultural forms for their own sculpture. For Epstein, this led to repeated scandals in the press, most famously with his nude sculptures for the British Medical Association building in London. In his short career Gaudier created a vocabulary of potent human forms. He was killed in World War I. The British Frank Dobson was equally inspired by such artefacts. Borrowings from world cultures shifted modernist sculpture from realism to expressionism. 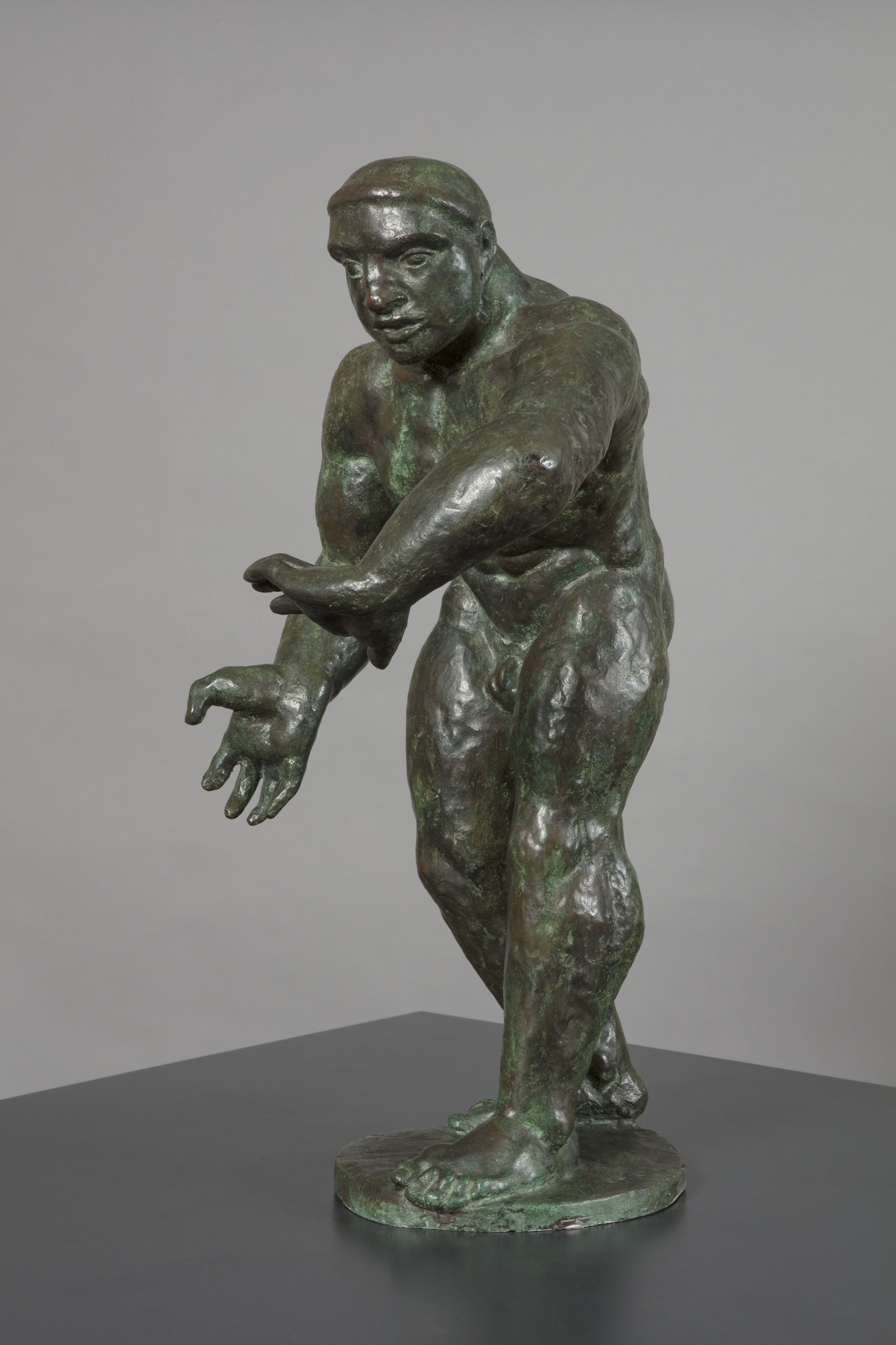 ‘In the years before and after the (second world) war…while perhaps he was the sculptor most admired by the perceptive, he was undoubtedly the most loathed by the philistines’   Henry Moore

Epstein was born in New York but moved to Paris in 1902 where he met Auguste Rodin (1840-1917) then to London in 1905, settling in England. Having encountered world art in the Parisian museums, he explored the collections at the British Museum and became a passionate collector, incorporating their forms into his own work. In 1907 he was commissioned to carve the decorations for the British Medical Association building in the Strand (now Zimbabwe House). Carved in Portland stone the 18 figures caused a sensation because of their frank nudity. Eventually many of them were mutilated when the Rhodesian Embassy moved into the building. 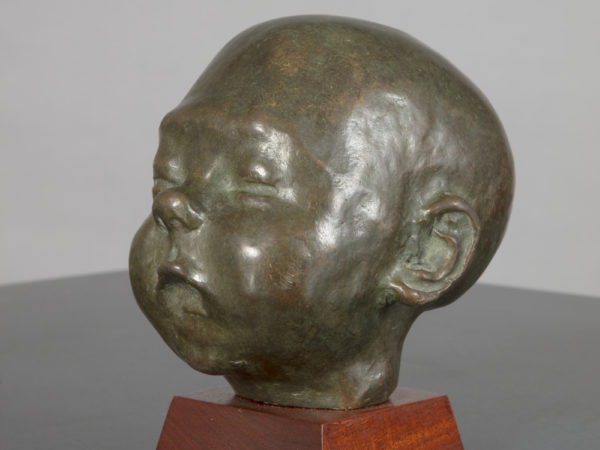 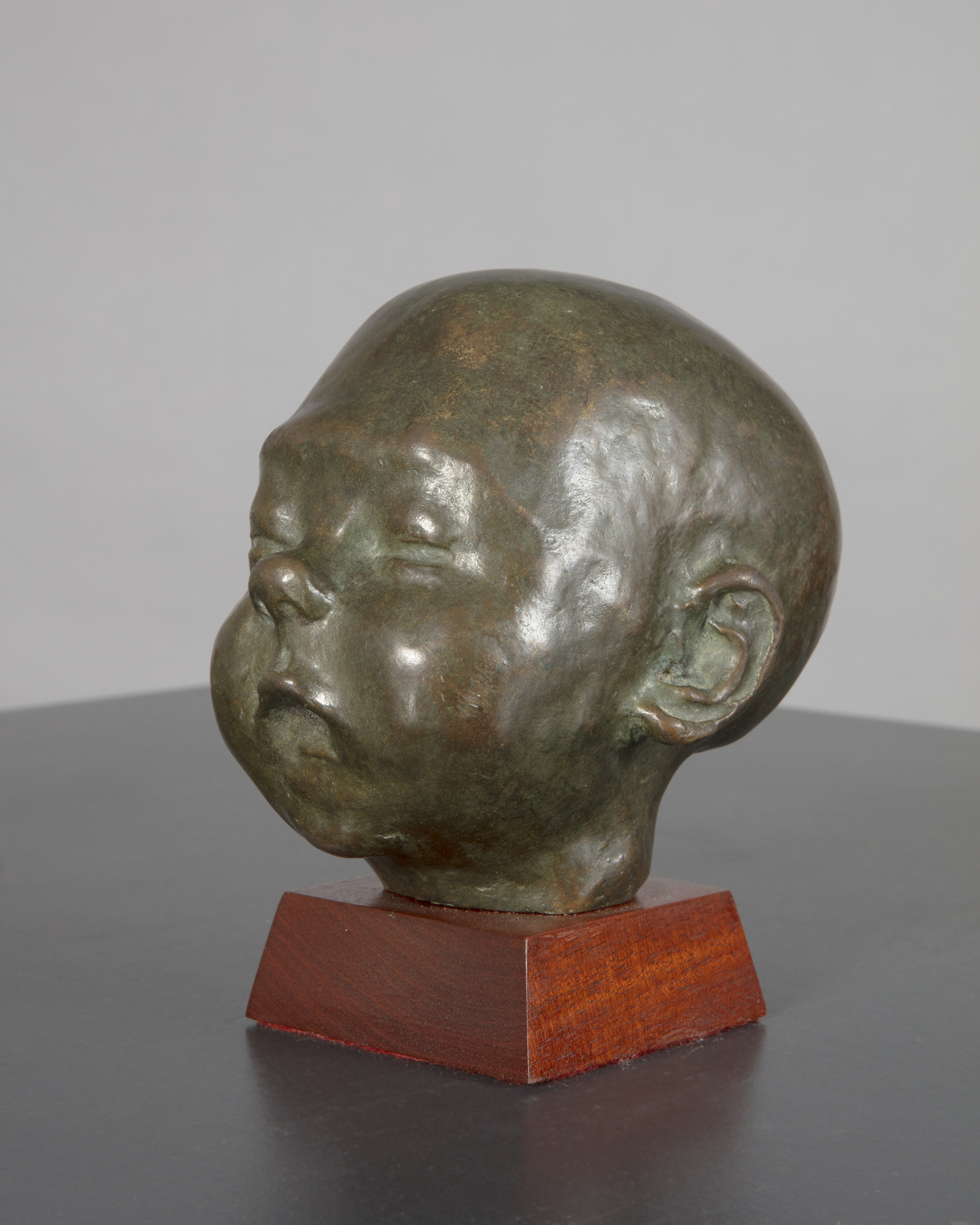 Epstein moved to the UK from France in 1905. He had been based in Paris near Bourdelle’s studio and it is here that the Sleeping Baby, an early bronze, was created. We see Epstein’s realism in the plump features of the baby, compared to the stylization inspired by the world sculpture that he collected. Birth, fertility and the life force were recurring themes in Epstein’s art. 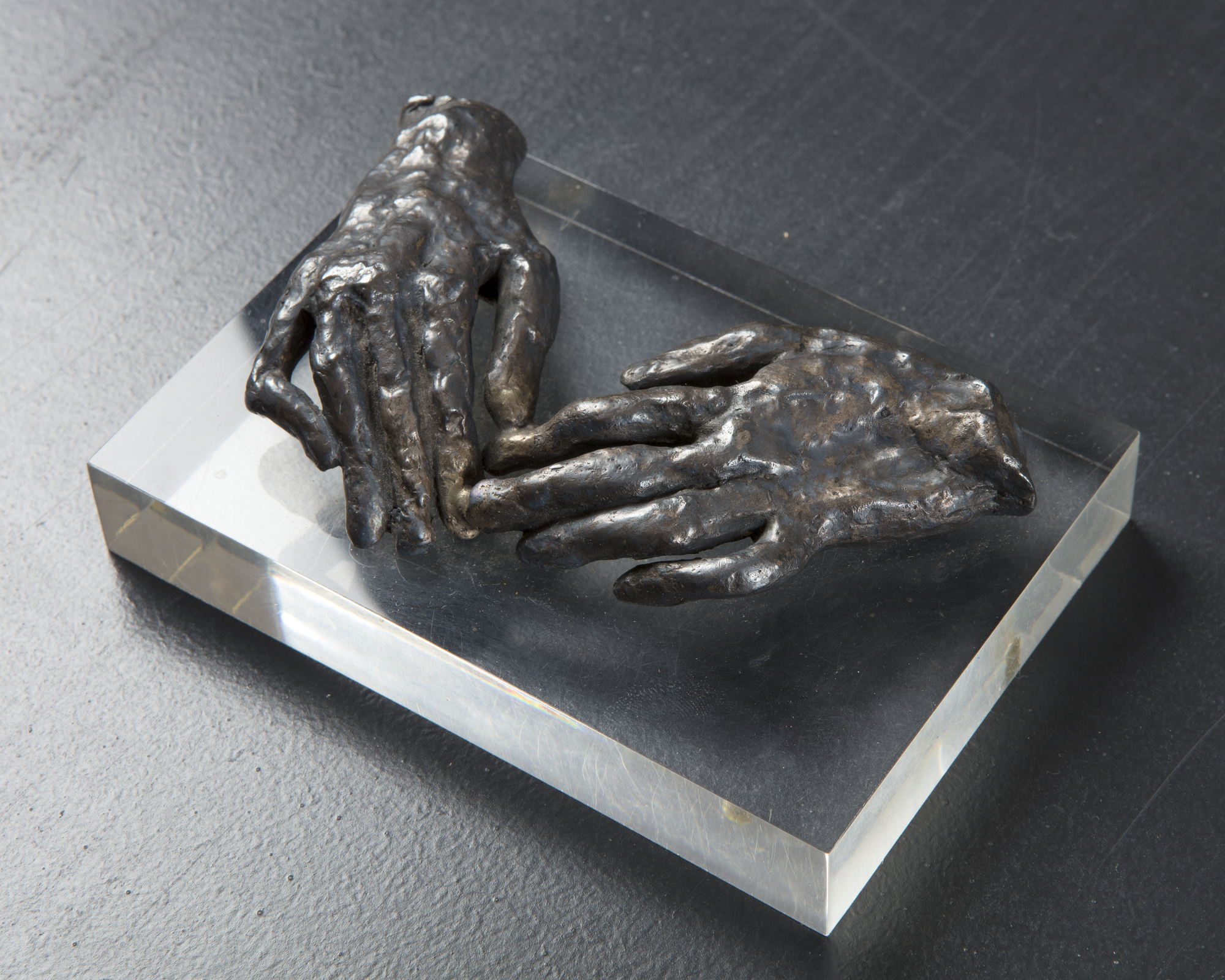 Nan Condron was an important early model for Epstein and may be the figure for his (now partially destroyed) Maidenhood sculpture for the British Medical Association building (now Zimbabwe House) on the Strand, London. Nan was an unconventional model with long, willowy limbs and, as shown here, delicate hands with long, bony fingers. Epstein was a carver and a caster. He was interested in both methods of sculpting.

‘Movement is the translation of life and if art depicts life, movement should move into art, since we are only aware of life because it moves.’

The French-born Gaudier-Brzeska studied business in Bristol and Cardiff, but became an artist and settled in the UK in 1911 with his Polish partner Sophie Brzeska, from whom he took his name. Like Epstein he was captivated by art from Africa, India and China. He was close to Wyndham Lewis, writing for BLAST magazine. He continued to sculpt and draw even after he was enlisted and began fighting during World War I. In 1915 he was killed in action in France. Four works were shown posthumously that year at the London Group show and the first Vorticist show. 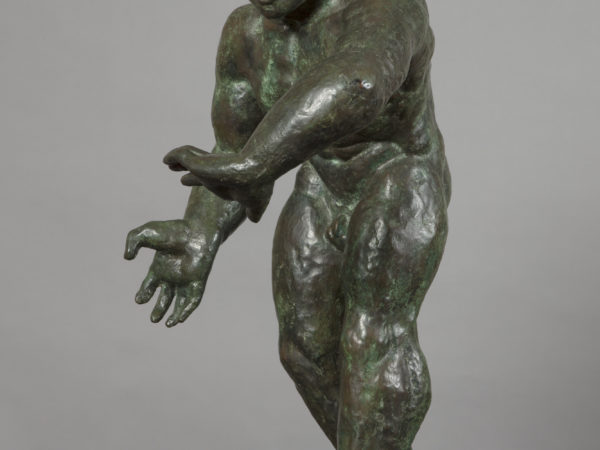 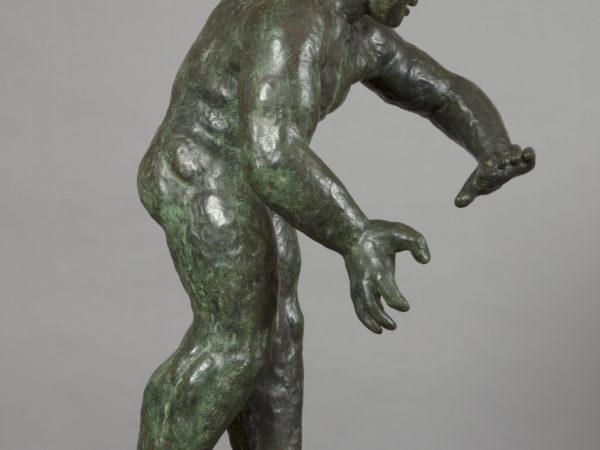 ‘Last night I went to see the wrestlers. God! I have seldom seen anything so lovely, two athletic types, large shoulders, taut, big necks like bulls, small in the build with firm thighs.’

Gaudier-Brzeska was obsessed with conveying movement in his work and sketched at wrestling clubs in 1912-13. He designed a poster for Black & White whisky that posed the black and white boxers ‘Jack’ Johnson and James Jackson Jeffries, ready to fight. His fellow artists Wyndham Lewis (1882-1957) and William Roberts (1895-1980) were great admirers of boxing, attracted by the virility and violence that they wanted to convey in their art. Gaudier’s massive wrestler leans inwards with hands poised as if to wrench the head of his opponent. 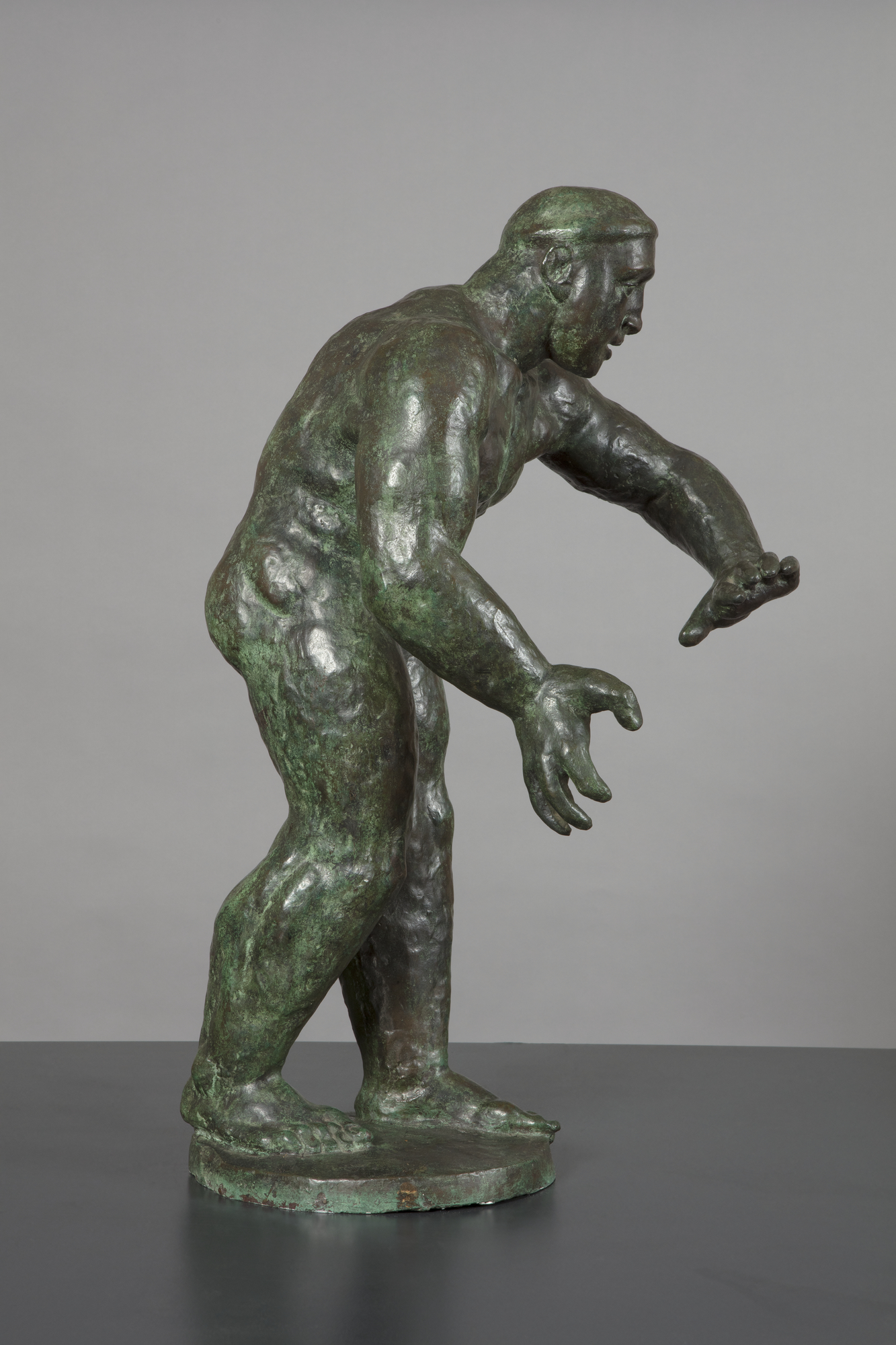 ‘[Roger Fry’s Post-Impressionism exhibition] awakened me from my enchanted dream…The show…was just an explosion – the demolition of all art forms I had come to know. I was affronted, even hurt, but what a vista!’

Dobson moved in the same modernist circles as Epstein and Gaudier-Brzeska, which included Wyndham Lewis (1882-1957) and also some of the Bloomsbury group. He made the smooth egg-shaped portrait in bronze of Osbert Sitwell (1892-1969). Dobson carved and cast, and was as intrigued by world art as Gaudier and Epstein. His work is characterised by a monumental tubular quality, and he was an admirer of the French sculptor Aristide Maillol (1861-1944). Dobson taught Bernard Meadows and Ralph Brown at the Royal College of Art. His London Pride of two massive female nudes commissioned for the Festival of Britain still sits on London’s South Bank. 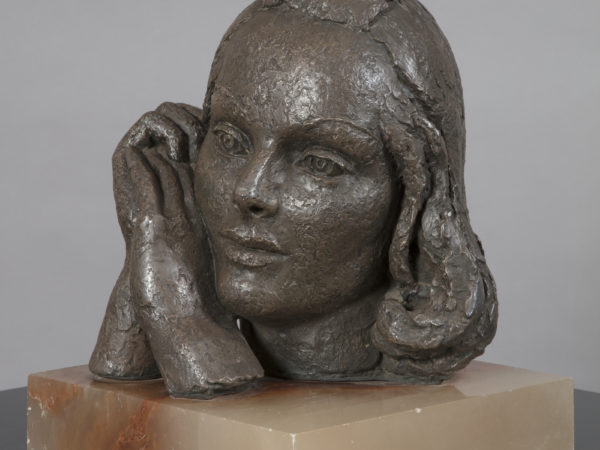 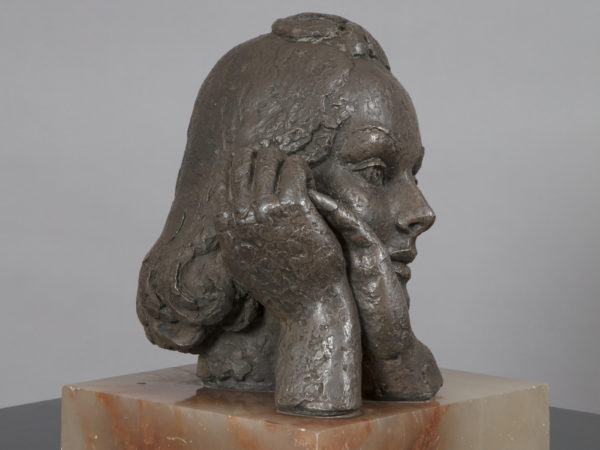 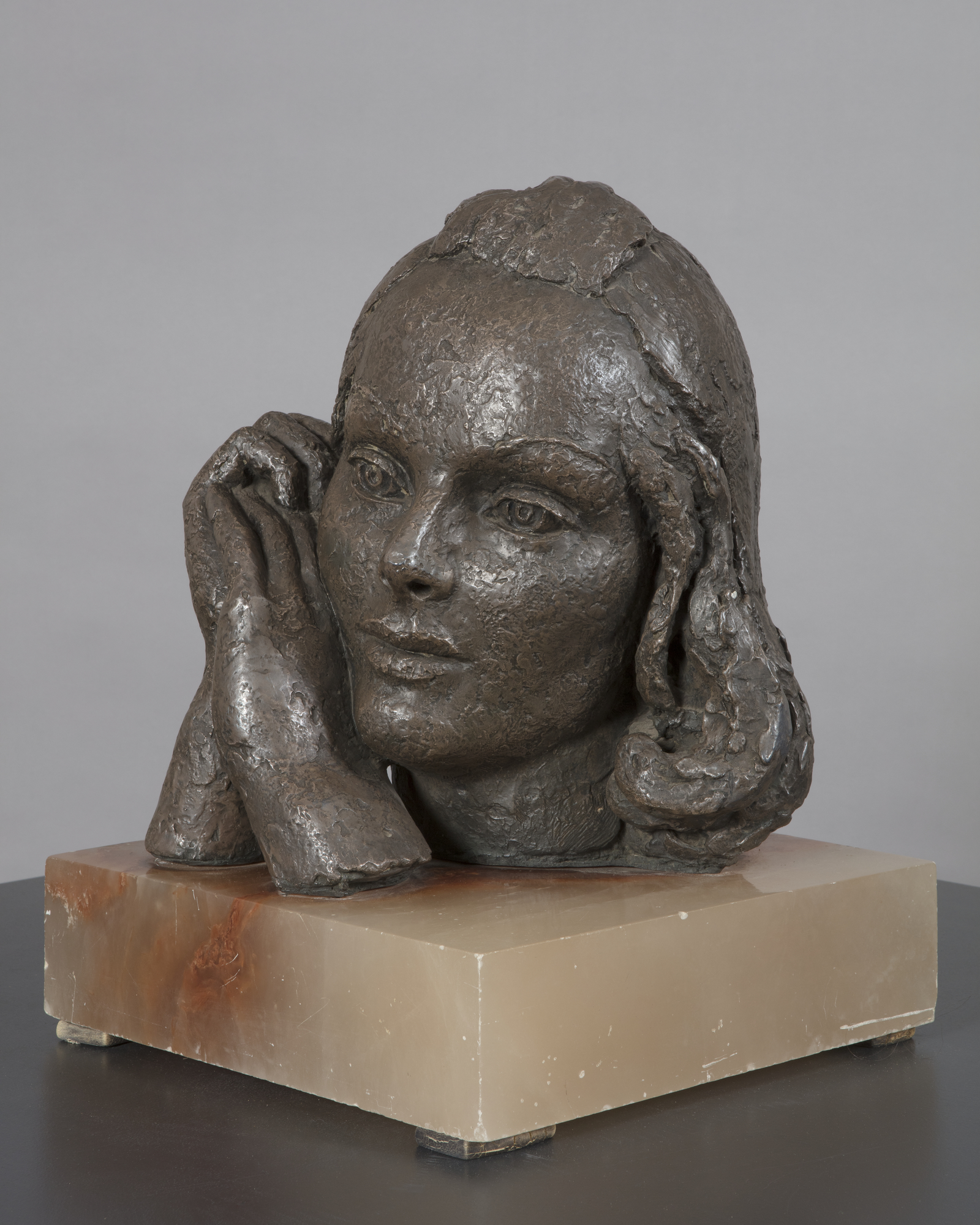 Joyce Addenbrooke, known as ‘Noni’, danced at the Windmill Club in London in the 1930s. ‘Dance’ is technically incorrect as the club staged friezes of ‘living statues’ – standing nude women – to get past obscenity laws – ‘if it moves it’s rude!’.

Noni shows Dobson’s modelling of the partial figure, with Addenbrooke’s hand separately modelled to form a platform for her face. Dobson had learnt carving from a stone mason but by the time of this portrait he was modelling and casting. 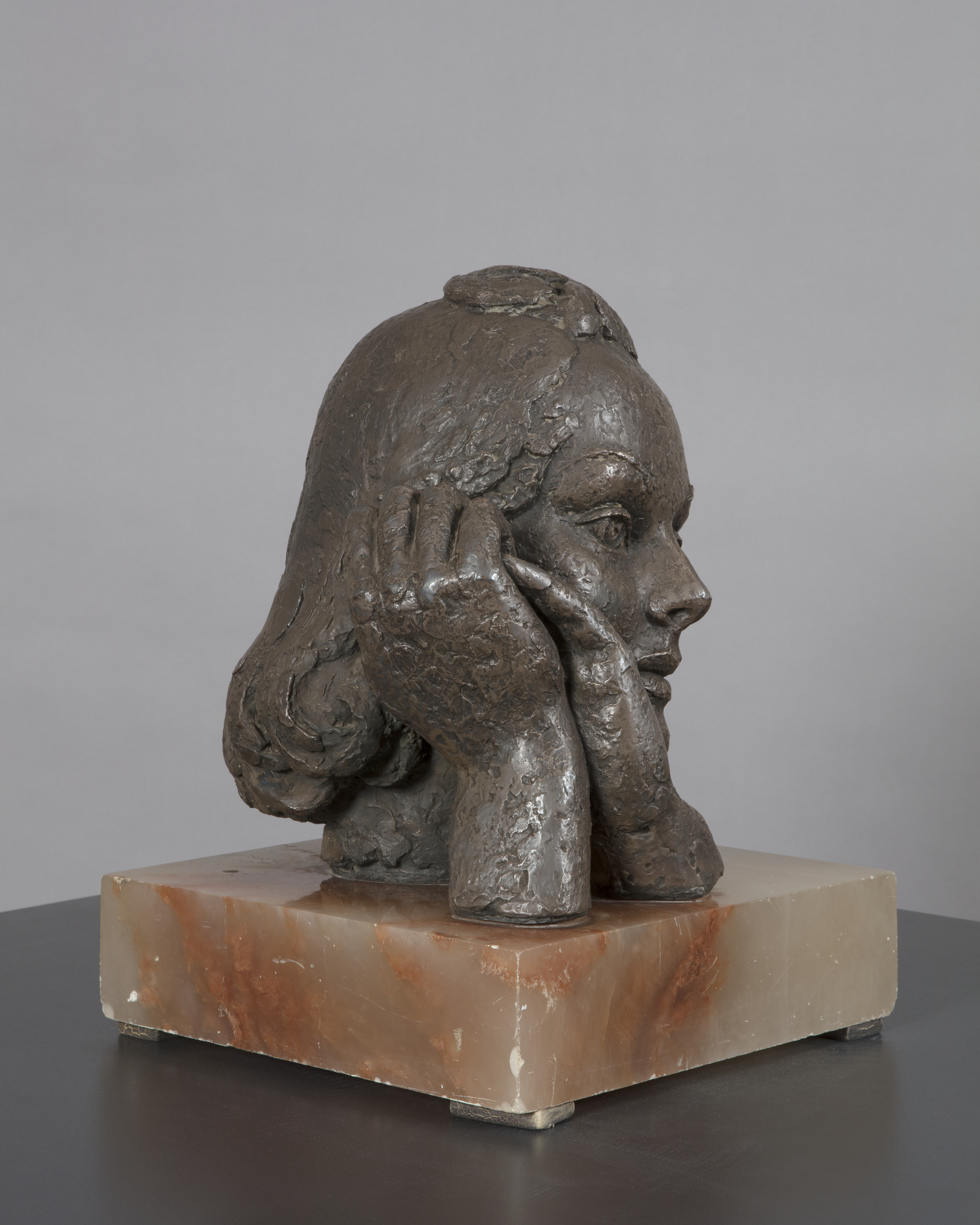 The geometry of fear